Tomorrow is time for my visa run. I was planning to spend two or three days in Nagasaki, but since I checked my passport without glasses and tried ferry ticket reservation in the last minute, I will have to spend eight days in Japan. Not that I worry about time, still have plenty of it. For the few days extra in Japan I have to cancel my winter time in warmer places. Yes, few days in Japan will cost me as much as the return ticket to and two months of  accommodation in the Philippines. Ah well. I'll do my best to have great time in Nagasaki, frequent visits to the neighbor, nights on the Baka Bridge...
Today I'm packing. Not that I have much to pack, but anyway. Early in the morning I was weeding my fields and picking the ripening tomatoes to dry them. 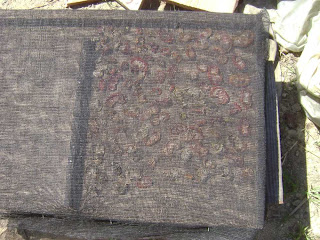 The tomato plants don't look really impressive because I had to do a lot of cutting - after a week of ceaseless rain and high temperatures the plants started rotting and I had to remove all the lower branches. 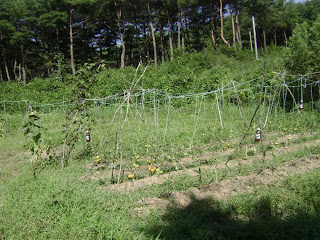 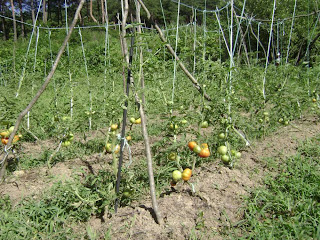 The tomatoes are finally doing well, they started growing faster than the bugs can eat them. When the fruits started growing it was a complete mess, the damned bugs ate them all. The bastards *completely* destroyed the crops of rutabaga and broccoli. Ate them to the ground. The ginger, cucumbers, pumpkins, hot peppers, sorghum (S. bicolor) and sunflowers are doing fine. Common flowers, too. 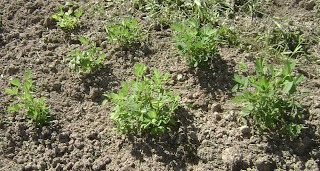 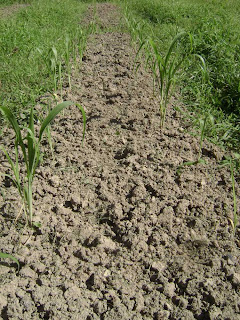 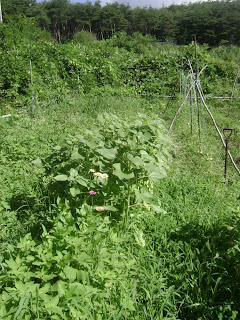 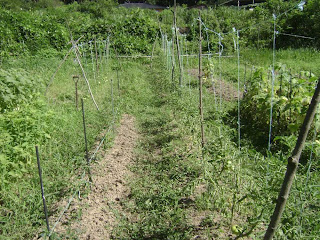 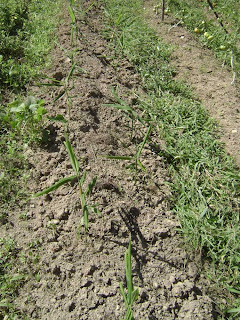 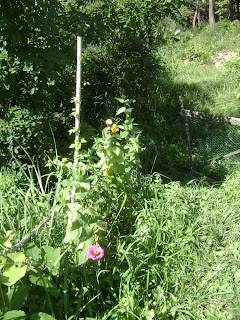 A month ago I was really pissed with the bugs. And it was starting to be really hot. And I always wanted to try something - forest gardening. The forest is just at the end of my field, only a stream between. Ideal. 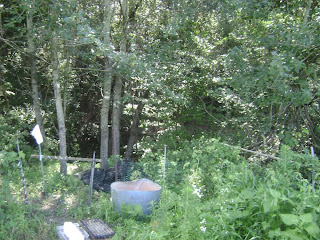 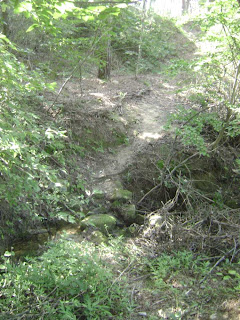 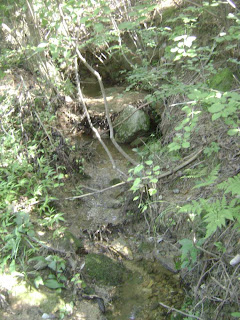 So I moved some plants in the forest, just to see what will happen. I called it my secret garden because I didn't want to be laughed at for my crazy ideas. Alas, not long after I had to disclose it... little Guryun, damn those curious children, just sniffed that something weird is happening. Don't ask how he did it, have no clue, but soon I heard rumors about me planting something in secrecy in the woods. Hell, no. Can you think about more than one plant species that I could be planting secretly?  Well, I didn't want for the folks here to think about THAT plant so I had to explain in details what the hell I'm doing there.
First of all, I'm cooling myself there. The plants are scattered along all the slope, but working in the shade is way more relaxing than doing it under the blazing sun. Second, I'm cooling my beer in the stream. Third, I'm resting - there are no weeds and almost no bugs there.
The secret garden starts just across the stream. 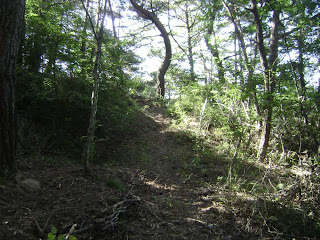 It's not only because of the bad picture, even in reality it's hard to notice it. To give you an idea I dotted the tomato plants with red and the sorghum with blue. 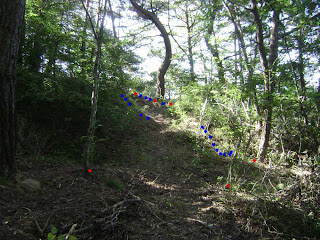 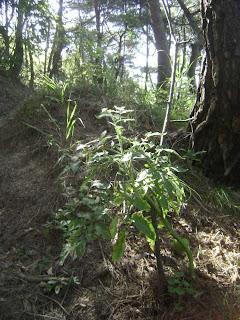 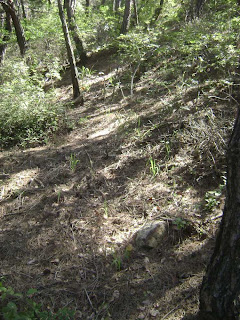 Only from today is possible to notice the tomato fruits. That's the drawback of a forest garden: plenty of shade to rest, not enough sun for the plants. Actually I should say "barely enough sun" - the plants are slower. And the fruits are smaller. But I'm in no hurry and I will have plenty of big fruits from the official field. 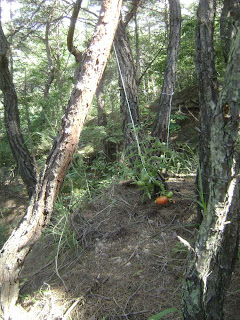 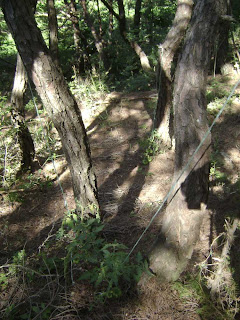 Beds prepared for the late summer rutabaga planting. I learned the trick when I was planting wild ginseng in the mountains of Gangwon do. 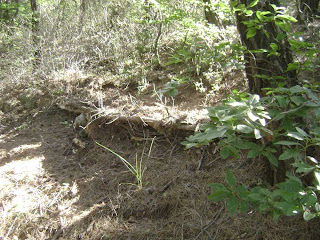 This was a post about idyllic natural life. Don't get too shocked if I'll be posting something from Nagasaki. It will most probably be from the red light district.
Avtor Dag ob 08:00 Ni komentarjev: