The winter in New Zealand was not pleasant. Similarly in Sydney. Not so cold, but was pouring down like crazy (but I did have a long hot shower at the airport). Without enough money I had to walk all the way from the airport to the Central Station in the rain - I had barely enough $ to buy a train ticket to Singleton. Ben and Jill from Broke were so kind as to invite me to stop there on my way north for a decent bath, meal and sleep. Cursed as I was I missed the connection in Hamilton (the second and last train for Singleton of the day) and could get only to Maitland - but Ben, dear Ben, had no troubles to make a few tens of kilometers more to pick me up. Not dear Ben - golden Ben, I should write. He sure does know how to make me happy - after the hugs I found myself in the car, with a cold beer in hand. It was his way of welcoming me. I stayed there for two days to wash all my clothes, eat, drink and smoke a lot. 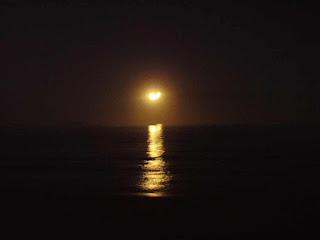 I hit the road with a few sandwiches, some tobacco and 60 $, Ben's loan. I managed a ride of maybe 20 km when I was soaked again. Not really good weather for hitchhiking. During the night, still wet, I froze my ass sleeping under the roof of a roadside toilet. In the evening of the second day I arrived to the outskirts of Brisbane with a dealer and I was so stoned that I wasn't able to stand by the road so I just lied down and slept till 4AM or so, when it started raining again. After escaping the gravity of Brisbane by train I got aride from a musician who likes smoking pot a bit too much. I passed another stoned night in Childers. No rain this time. From Childers to Rockhampton, where the cops told me to bugger off of the road, for my safety. Otherwise I'll be fined with 120 $, for my safety. I buggered off of the road and slept near the Capricorn Correctional Center. With my bad luck the camera wouldn't work - I really wanted to take a picture of a sign on the prison fence. It says: PRISON - KEEP OUT! 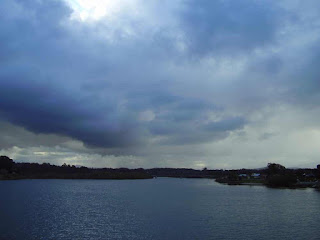 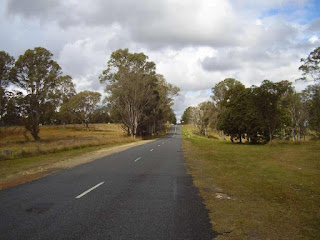 In the morning of the first ride I got was from a kind gramps. First thing he inquired where I'm from. I told him and he fell silent, so I gave him a more detailed description of the geographical location of Slovenia. He only nodded. After a few minutes of silence, he asked "So, where are you from, mate?" Probably he didn't hear me well the first time, so I repeated the geography lesson, this time a bit louder. He nodded. After some five minutes, he turned to me with abig smile, asking "So, where are you from, mate?" I guess he didn't have a hearing problem. In the next 50 km I told him 4 times where I'm from. I got the next ride from a guy who was maybe two weeks younger, but was rolling joints faster than I can do. The only problem was that he was also a bit senile and after smoking a joint he quickly forgot he did so he had to have another one. I went to sleep stoned on the northern outskirts of Mackay. The fifth car passing by the next morning stopped and at noon I was in Townsville, barely 100 km from my destination. I had to walk in the scorching heat for two hours to find a decent spot for the hitch and even so I had to boil my brains for quite some time before I hit the jackpot. Really.A young guy pulled over, Jona the name as I found out later, and asked me where was I going. "Just take somewhere north, out of here!"
"No, seriously, where are you going?"
"Ingham."
"OK, I will take you to Ingham, I have nothing better to do."
Wut? Just like he said. He was supposed to go on a camping trip with a friend, when he got a call from said friend who was badly hangovered and too sick to move anywhere. So Jona was aimlessly cruising when he saw me and decided to go my way, wherever that would be. But instead of going directly to Ingham we did part of the trip he planned with his friend, first on the beach, then in the mountains and for the end an ice-cream at the Frozen Mango. 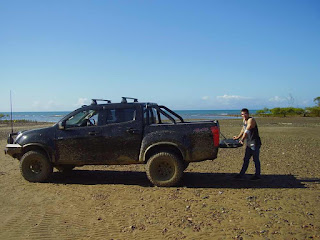 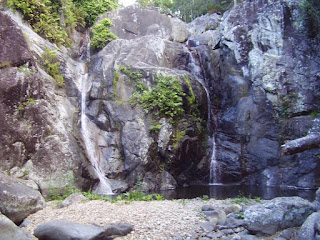 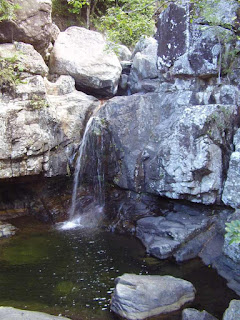 I was sure that Maja and Matthias, my wwoofing hosts in Ingham (where I left most of my luggage for my Kiwi trip) wouldn't mind having Jona for a coffee, so I invited him over. I was wrong again - not that they minded him for the coffee, he had to stay there for dinner. I think that the happiest was Alysha, their daughter entering adolescence - you have to know that Jona is a really handsome young man. 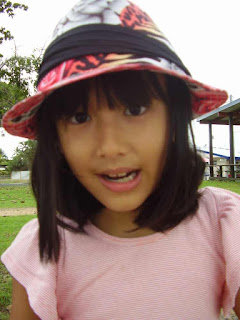 I spent a week more in Ingham and then moved a bit south, half way between Townsville and Ayr, on the Achacha farm. You don't know what an achacha is? Neither did I, before coming here. 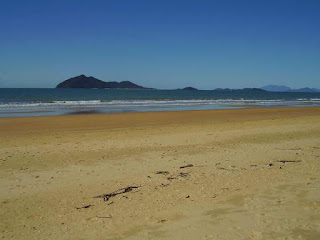 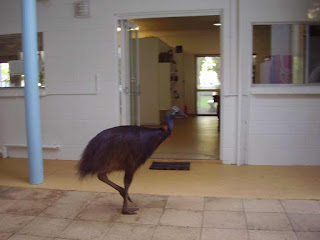 The last three pics are from Mission Beach, I was there a month ago or so.
Avtor Dag ob 09:51 Ni komentarjev: