How I Became A Tree Huger

If I remember well it all started in 2008 and... and somehow I ended in Australia, hitchiking back and forth, for thousands of kilometres and yet I've seen only the tiniest part of it. After Ingham I spent some time on the achacha (an interesting fruit from South America) farm near of Townsville, made little (very little) money there but met a great man, Graeme, and his mate Gary. I quickly moved to Graeme's place for he needed help with fencing his paddock and while the accomodation was more frugal (but clean, nice and comfy) compared to the achacha, three fridges were always full of beer. 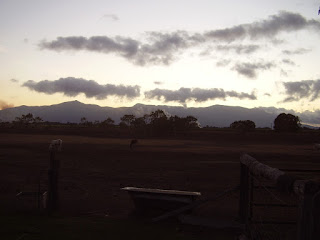 The work was hard and a bloody mess - even with gloves, pliers and caution the barbed wire will always win. I mean cut. No, it doesn't cut, it just tears the flesh. Graeme didn't even care about it, working in shorts and pulling the barbed wire with bare hands, at the end of the day he was usually covered in blood. Me, the pussy, with thick gloves, handling the wire with pliers and being cautious at every step of the work, at the end of the day was usually covered in blood and in torn clothes. The last day I did like him, in shorts, no gloves, no pliers - lots of blood but I spared a pair of pants.
But it was worth. Not for the money, for the evenings with Graeme. 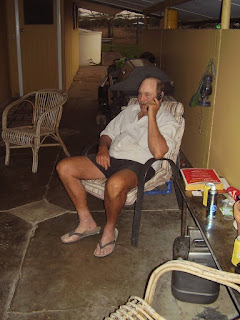 We had the compulsory beer at the end of the working day with everyone who passed by - and then we would go on drinking and talking just the two of us, until dinner, during dinner and after dinner. He would tell me stories about the time he spent in South Africa or how frustrating was for him to travel across Europe, border after border after border in a distance less than Townsville to Brisbane... and I told him about Korea and Japan and funny stories about Ozzies.
After a few hundred beers it was time to go. Graeme gave me a lift to Ayr, from there  managed to hitch a ride to Home Hill and there waited for few hours in the sun. Well, I got some money in my pocket so, what the hell, I go by bus. The next bus south? It should be here in four hours, maybe five. To waste the time I wasted my money in the pub, got wasted and finally got on the bus, arrived to Mackay in the middle of the night and slept on the banks of the Pioneer river. Spent the next night at the Gecko's hostel and on Monday I met with Colin and Geraldine to go to the Eungella National Park. To the border of the park, at least, because there's where they live. On their plantation of hoop pines, thousands of them. And the pines need pruning. 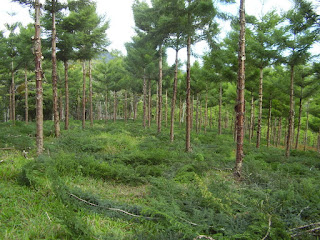 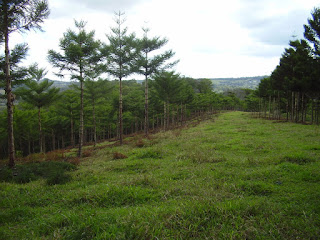 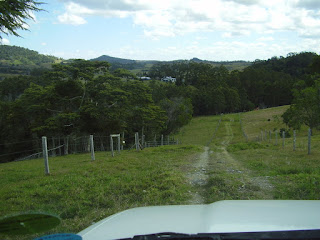 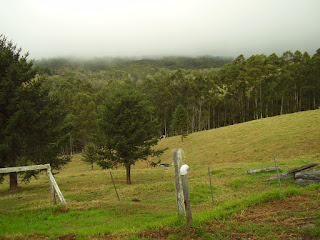 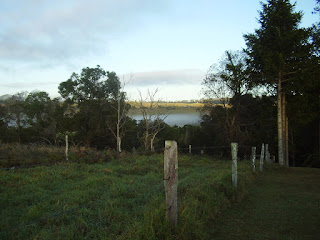 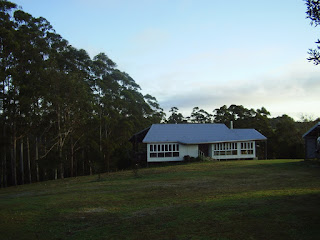 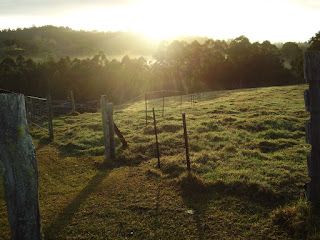 That was my job for the past week. The young ones were easy. The old ones... not so. They were high between 10 and 15 meters and they need to be pruned to the height of 8. And 8 meters doesn't sound really high. Or scary high. It isn't. The scary part is the wind. You always get the feeling that the ladder will just slide from under your feet - even if it's secured to the tree with a chain. And the squealing noise made by the metal rubbing the bark. And the cracking noise made by the branch that you cut just above your head that is to fall. You hug the tree - it's a survival instinct, I guess. I survived. 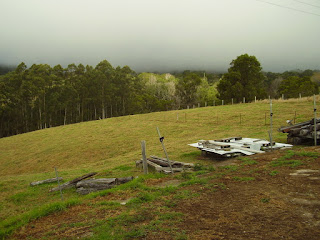 My accommodation there reminded me of various places from this world. Istria, for example. No joke - pictures of Motovun were hanging from all over the wall of my room, Colin had been there two years ago. 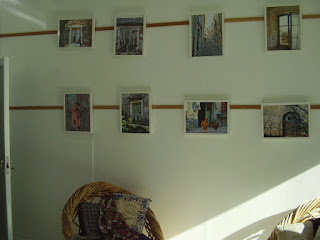 And of Japan - the back door of my room was leading in the tractor shed! 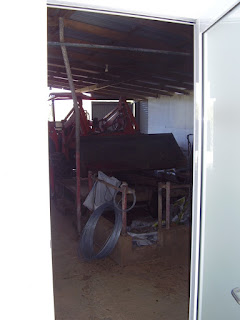 And yesterday I started my hitch again, going slowly south, but this time by the Great Inland Way. 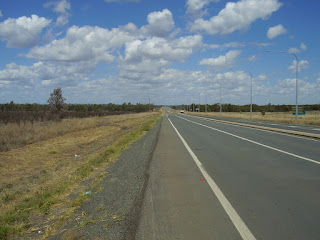 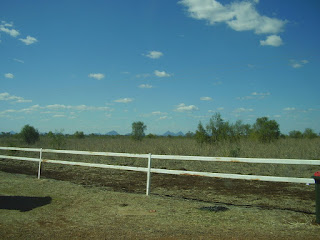 Made it to Emerald the first day, next stop will most probably be tha Carnarvon Gorge. But nothing is sure.
Avtor Dag ob 10:28 Ni komentarjev: