A Renault drove by, and its driver made frantic and complex signals to the trudging figure to indicate that normally he would have been delighted to give the figure a lift, only he couldn't this time because he wasn't going in the direction that the figure wanted to go, whatever direction that might be, and he was sure the figure would understand. He concluded the signalling  with a cheery thumbs-up sign, as if to say he hoped the figure felt really fine about being cold and almost terminally wet, and he would catch him next time around.

So Long, And Thanks For All The Fish (D. Adams) 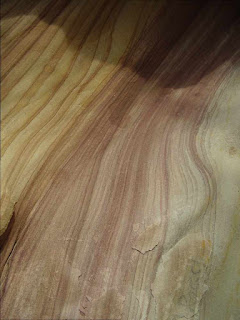 The day of my flight to New Zealand is close - 6 more days - so this will be probably my last post from Down Under. For the time, at least
And it's gonna be mostly about hitchhiking, this time without drugs or beers, just about ordinary weirdos.
My scariest ride was from I-Don't-Knoe-Where to Port Macquire, 3 months ago. It was almost dark and I said to myself I'm gonna hitch just another car and call it a day, no matter if it stops or not. It stopped. A lovely granny in her eighties was simply delighted that she can give a helping hand to someone in need. The fact that the exhaust of her Mini Morris was making ominous sounds didn't reach my brain, I was too happy. Off we went, in first gear with the engine screaming and the tyres squealing, one two three she was in second with the engine roaring and she allowed it a bit of relax only when she was over 60 km/h switching to third.The fourth was kept for speeds close to 100. It started to rain. Her face turned in a big grin when she said "Gee, I sure love wet roads!" I didn't dare to say a word but she read my face and told me that in the 1960's she was a racer, a rally driver, one of the rare if not the only girl slightly successful. "I still love the smell of gasoline, I think it's the most suitable perfume for a woman!" She went quite of her way to find me a spot where I could sleep close to the highway, but under a roof. I was grateful she did it, even more grateful the nightmare was over.
From Moranbah to Emerald it was the opposite, but not less scary. I got a ride from a guy in a huge Toyota with a trailer fully loaded with tools and equipment, a builder going home. He was slow, but I have no complaint about that. I started to have a doubt when I noticed the Toyota logo on the steering wheel. It was upside down. And we were on a road straight as an arrow. "Em.. err... what does that mean?" "Oh, the wheel? I had an accident yesterday, a crazy punk came full speed from a side road and hit me, you should have seen the trailer, it swinged as if wanting to overtake me!" "Huh, I hardly find it funny." "No worries, The Lord is always with us Mormons!" "Yeah, sure, but the steering?" "The guys at the garage made a quick fix and I prayed all night to be safely reunited with my family!" I had a thought that maybe I should start praying, too. But he did it enough for both us and he was safely reunited with his family, me with a cold beer. I needed it, really. Another one. And another. 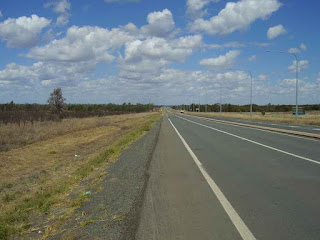 I stayed in Emerald for two days and went forward another disaster. It's honestly a crappy spot for hitchhiking. Considering the other Australian hitchhiking it was the longest wait. Wait for... Michael, the born again christian trucker. Who is thinking to quit trucking and becoming a preacher. He used me as a rehearsal when I told him that I'm an atheist. Quotes from the Scriptures from Emerald to Roma (NOT Italy, Queensland), 400 km, 6 hours. All the things that the Lord told him (they are close buddies, talk to each other regularly, but somewhat spoiled by the fact that the first time he heard His voice was in a psychiatric ward). At the end of the ride I still wasn't ready for baptism so he gave me a pile of pamphlets and magazines for the christian trucker. Quality paper, I had something to wipe my arse with. Which is probably why I was cursed. 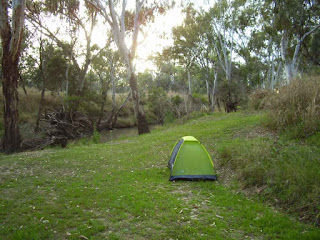 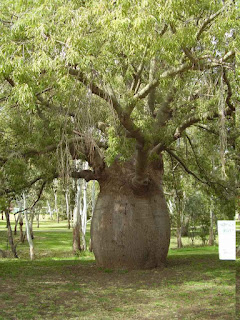 After sleeping in a Roma park I finally encountered my defeat. Nine (9) hours of standing by the road... not much traffic, no religious fanatics willing to give me a ride just to convert me. 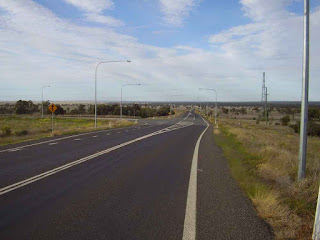 I gave up. Went to Brisbane with the night Greyhound, stayed there for two days in a crappy hostel full of Italians (Nothing wrong with the Italians, the hostel was crappy itself. A really pretty girl actually told me that she wishes to have a father like me... shit, I really am getting old!) and took another bus back to Toowoomba. From there on was a breeze. Warwick, Stanthorpe. The usual rides for Australia where the driver apologizes for taking you ONLY 50 km far or so. 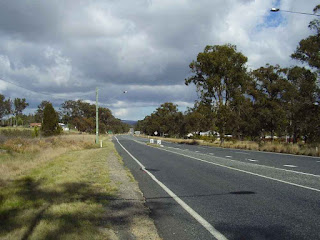 Without prayers along came Bruce and took me all the way to Tamworth, to a pub of course. 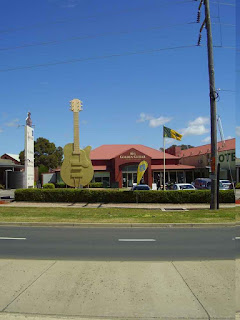 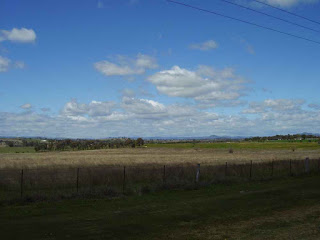 In Tamworth I had a funny experience, something I completely forgot that exists. The perfect assholes. Me by the side of the road on the outskirts of Tamworth, a car pulls over. Yay, me happy, grabs big backpack and small backpack, runs towards the car when the driver flips the bird out of the window and speeds away. It took me seconds to realize what happened. Five years ago it was a common occurrence that drove me mad while hitching in England and France, but in Australia... Look, I made almost 10 000 km riding the thumb here and yes, I met religious wackos, drug dealers and drug users, senile seniors... but not idiots. The worst was those signaling me like Adams well described in the intro to this post. I prefer those who plain ignore me. It's their choice to pass by, like it's my choice to be standing there. Well. In a way I'm glad I met an idiot like that. Otherwise I would sound like a walking praise to Australians - this way I will be much more credible.
One hour or so later Chen, a 43 years old Chinese teacher on holidays gave me a ride. He too was going to the Hunter Valley, to Pokolbin, barely 20 km from my destination - Broke. I was smiling all the way, thinking about the idiot and where he could stick his middle finger. Chen was quick on geography and told me that when he was a kid they watched tons of movies from Yugoslavia. And he specially liked that one, you know, II world war, a secret organisation is fighting the Nazis, it's about this guy you know, what was his name... "Walter?" "YES! Walter Defends Sarajevo!" He decided to make those extra 20 km and dropped me at the door of Jill and Ben's home.
Here I upgraded the woktenna, 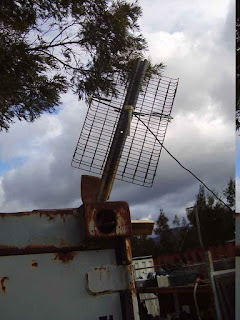 went to the Jazz in the Catherine Vale Vineyards,... 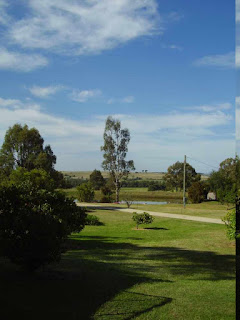 Ben (with the hat) at the vineyard jazz. 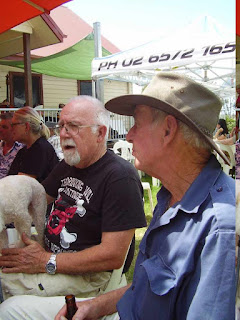 And Jill, without hat. 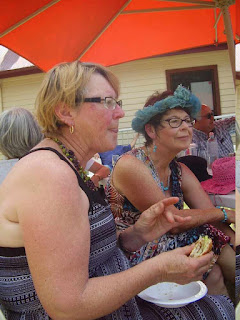 The jazzers and a grumpy John (extremely grumpy these days even if he doesn't look like in the pic). 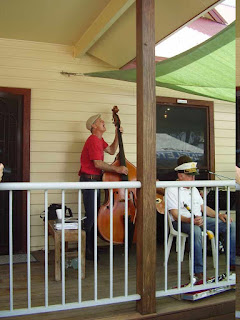 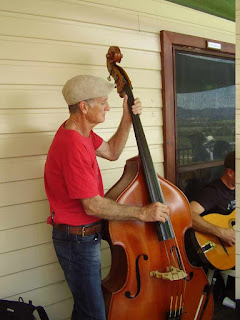 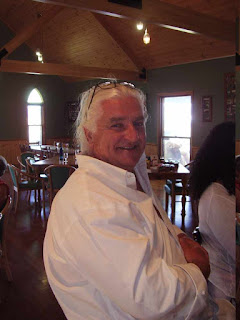 (continued from a few pictures above) ....drink too much beer and help as much as I can.
Avtor Dag ob 13:14 Ni komentarjev: